A fishing reel is an imperative part of the overall fishing pole. It is the device that will not only help wind and stow the line, but it will also help in the casting process in terms of accuracy and distance, while making line retrieval far easier as well. That being said, it’s important to find a fishing reel that’s right for you. We’re going to discuss the different types of fishing reels and what they do. We’re going to dive into the realm of fishing reels, to the most popular devices and easy to use reels to the more difficult and obscure pieces of equipment. We’ll be discussing a variety of reels, from types of freshwater fishing reels to types of reels for saltwater fishing and everything in between.

When it comes to the spincast fishing reel, it is undeniably the easiest and cheapest reel on the market. It’s mostly used by brand new fishermen (including children and young adults) who are just starting out, as it’s a cheap option that doesn’t require time or investment to learn and understand.

The great thing about this fishing reel is its ease of use. It is designed with a handy push button release, which means you can point and release in seconds. Not only is the release a cinch, but untangling is a breeze as you can simply open the bail and pull through any tangles along the line- easy!

Pros
Cheaper than other fishing reels on the market, easy to use with a push button release, and no worries when it comes to tangling.
Cons
Cannot handle large, heavy game, and can’t cast at long distances.

A baitcasting fishing reel is undeniably one of the more popular devices in the fishing industry, mostly because of its incredible accuracy when it comes to casting. Not only is this reel extremely accurate, but you don’t have to worry about the line ‘twisting’ as it is being released into the water. It also has a much further distance capability than the spincast fishing reel.

You have options when it comes to baitcasting  reels: lightweight and heavy, depending on the game you’re trying to catch. Remember that smaller fish will only need a lightweight reel, while larger game like bass will require a heavy baitcasting reel; so if you’re wondering what type of reel is best for bass fishing, we highly recommend a heavy baitcasting fishing reel.

With a baitcasting reel, it’s all about accuracy and control. However, it’s important to note that this particular reel will require a little bit more skill to handle. You’ll need to learn how to use this reel, but with enough time and effort, it will soon become a breeze to use.

That being said, baitcasting fishing reels shouldn’t be used by brand new fishermen. But if you’re willing to step up to the challenge and learn this accurate device, you’ll be glad you took the time to do so.

Pros
Extremely accurate and allows for utmost control and handling. Can handle both small and large game, depending on the weight of the reel. Has a much longer distance capability than a spincast.
Cons
This reel is a little bit difficult to use at first and will require time to learn before used properly.

A spinning reel is similar to a spincast reel in that they are both very easy to use. However, a spinning fishing reel will differ in the way it’s released. While the spincast uses a push button to release the line, a spinning fishing reel will be ‘snapped’ up and down. When it is snapped up, the line releases. When it is snapped back down, the it will stop. This allows for plenty of distance when it comes to fishing.

For spinning fishing reels, it’s all about accuracy and distance. It can handle long distances, has great control, and the line can be released and drawn back with ease. It’s a great choice for fishermen at any level as it is a simple device to learn, but has so many possibilities.

Pros
Extremely easy to use, offers a ton of distance, can be used in all types of waters from rivers to deep sea, and has impeccable accuracy with a snapping motion that releases and ends the release in a flash.
Cons
Some of the bails may be too quick for some users, which means they lose their lure.

Surf reels are specifically designed to handle the roughness of the surf, which makes them the ideal types of reels for saltwater fishing, especially if you’re in a tough area of the sea. Thy will typically be made using graphite or aluminum materials, or sometimes both, with stainless steel balls that can withstand potential corrosion. They also offer long, accurate lines to catch a variety of creatures of the surf from small to large.

Offshore casting reels are probably the toughest models on the market, and are specifically designed to not only handle the harsh conditions of salt water and the sea, but are made durable enough to handle the largest of game. Struggles with a shark? It’s no problem for the offshore casting reel, which is built tough to take on ANY challenge that comes its way.

Sometimes referred to as simply a ‘casting reel’, the trolling reel is uniquely made for those who are doing some deep sea fishing. This type of casting reel will have a fairly lengthy line capability, but must also be durable to handle the creatures located far below.

Fly fishing casting reels are specifically made for fly fishing, which means they offer the most accurate casting available in the industry. They are lightweight reels that get the job done, and their durability is insane. Incredibly handy and accurate, any avid fly fisher should invest in a casting reel specifically designed for fly fishing.

There are several thing to take into consideration before purchasing a fishing reel. Some of the things to keep in mind include the following:

Those who are more comfortable with fishing can graduate onto the baitcasting models if desired. These models are likely to be used as they offer the more precision when fishing and can be used in a variety of locations, whether you’re sticking to freshwater game or going deep into the sea for some tough, heavy creatures.

There are many different types of fishing reels, the most common being spincast, spinning, and baitcast. Choosing the right reel will depend solely on the fishermans skill level, price range, and individual needs based off of the type of fishing they will be doing. Take great care in choosing a fishing reel as this will be one of the most important factors when it comes to catching game.

Previous Post: « Types of Fishing Lines: Which One is Right for You?
Next Post: 12 Best Bass Fishing Rods 2021 – Complete Buyer’s Guide »
Reader Interactions 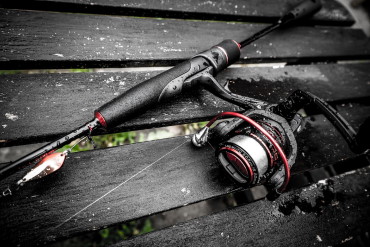 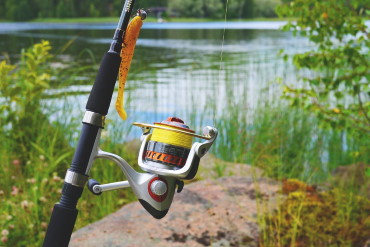 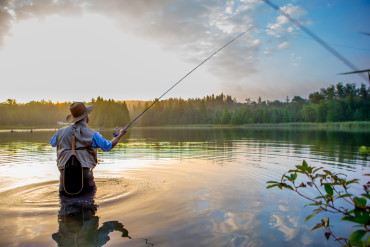 Some posts may contain affiliate links. FishingGearForBass.com is a participant in the Amazon Services LLC Associates Program, an affiliate advertising program designed to provide a means for sites to earn advertising fees by advertising and linking to Amazon.com.